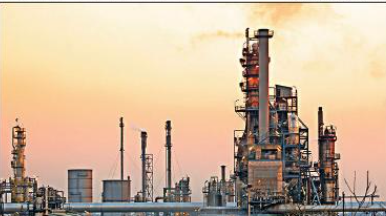 According to a source apportionment carried out by The Energy and Resources Institute (TERI) and Automotive Research Association of India (ARAI) in 2018, industries’ contribution to PM2.5 in Delhi was 3% and in NCR was 24%. Similarly, the share of industries to PM10 was 2% in Delhi but 28% in NCR.
Anumita Roy Chowdhury, executive director of research and advocacy, Centre for Science and Environment (CSE), said the agencies should ensure that the banned fuels are not used in authorised or illegal industrial units. “As the use of non-cleaner fuels in the industries can cause air pollution, the agencies should enforce the ban and focus on surveillance of industrial units. A transparent inventory should be prepared on the usage of fuels in industries, including small-scale industries.”
To mitigate industrial pollution and minimise the use of coal in the industries, CAQM has advised the government of Haryana, UP, and Rajasthan to prepare an action plan for shifting of industries to cleaner fuels in the NCR districts, where gas infrastructure is already available. The action plan is also being pursued to bring in PNG infrastructure to industrial areas where gas is not available. Strict vigil on the use of unapproved fuels by enforcement agencies are some of the important measures.

Delhi government has also asked the neighbouring states to use cleaner fuels in the industries. Environment minister Gopal Rai said, “All industrial units in Delhi are operated on PNG. We appealed that industrial units operating in NCR be operated on PNG so that increasing pollution can be reduced. This target has been given to other states, but due to loose monitoring and inefficient transferring of work between units, we have requested them to hurriedly work on this to curb industrial pollution.” 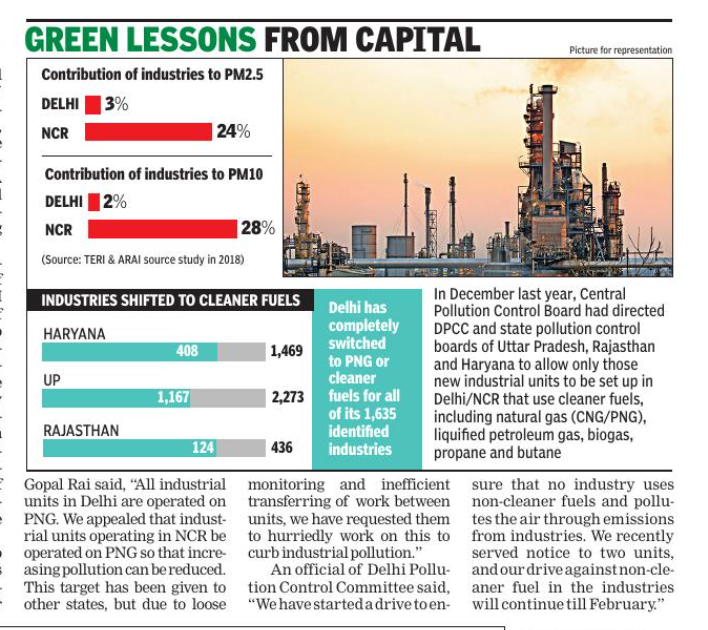